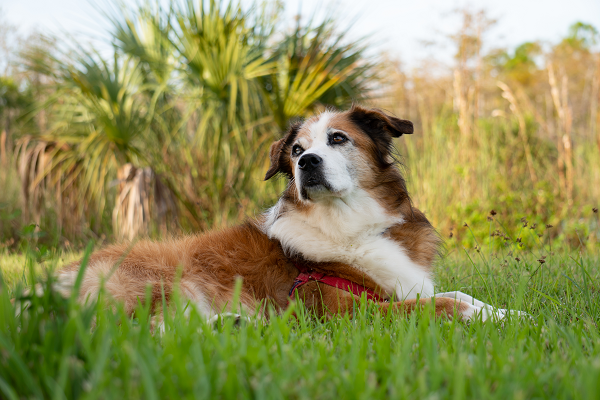 Hepatozoonosis is a disease caused by a protozoan (single-celled organism) known as Hepatozoon. There are two different species of protozoa that can cause hepatozoonosis: Hepatozoon canis and Hepatozoon americanum. H. americanum is most common throughout the southern and southeastern United States, though it has also been observed in other areas. H. canis has been noted in several countries, including the United States; it is most common in tropical regions.

Although both species cause hepatozoonosis, the expected course of the disease and recommended treatment differ.

How is a dog infected with Hepatozoon?

H. americanum is transmitted by the Gulf Coast tick. Dogs acquire the infection by ingesting an adult Gulf Coast tick, or by ingesting an animal that contains larval stages of the tick. Ticks become infected by feeding on an infected dog; they will then carry the disease for the remainder of their lifetime. Infected ticks can also transmit the disease to their offspring, allowing infection to spread and become endemic or widespread within a local tick population. After a dog ingests a Gulf Coast tick infected with H. americanum, the organism is released from within the tick and penetrates the wall of the dog’s intestine. From there, it is carried by blood or lymphatic vessels to the dog’s spleen, liver, lymph nodes, bone marrow, lungs, pancreas, and skeletal muscles. As it matures and begins to reproduce, the organism creates large cysts that can lead to significant inflammation at the site of infection. Dramatic muscle cysts are a common finding with this organism.

"After a dog ingests a Gulf Coast tick infected with H. americanum, the organism is released from within the tick and penetrates the wall of the dog’s intestine."

H. canis is also spread by the ingestion of a tick, though it is associated with a different tick species, the brown dog tick. As in the case of H. americanum, ticks acquire the protozoa by feeding on an infected dog. The organism is released from the tick after the tick is ingested, penetrates the wall of the dog’s intestine, and then travels to the spleen, liver, lymph nodes, bone marrow, lungs, and pancreas. Unlike H. americanum, H. canis does not typically create muscle cysts or cause muscle inflammation.

What are the clinical signs of hepatozoonosis?

The signs of H. americanum include fever, lethargy, decreased appetite, weight loss, muscle pain or weakness, reluctance to move, and discharge from the eyes and nose. On physical examination, your veterinarian may also note enlarged lymph nodes. Signs of H. americanum may come and go; dogs may go through periods of illness, followed by apparent resolution, with signs recurring later. Without treatment, H. americanum can cause significant damage to the blood vessels and kidneys. The condition is often fatal within one year of infection.

Dogs with H. canis usually do not show any signs of illness or disease. In some dogs with high parasite numbers, however, the disease can become more severe and potentially life-threatening. If they occur, the most common signs are fever, weight loss, and lethargy. An examination by your veterinarian may also reveal anemia (low red blood cell count) and an enlarged spleen.

Hepatozoonosis may cause several changes in baseline laboratory tests. A complete blood cell count may show anemia and leukocytosis (high white blood cell count). Your dog may also have elevated liver enzyme values, decreased blood protein levels, and increases in enzymes associated with muscle inflammation. H. americanum may also cause bony changes, which can be seen on X-rays. H. americanum may also be discovered upon muscle biopsy.

"Hepatozoonosis may cause several changes in baseline laboratory tests."

The presence of H. canis within white blood cells may be revealed by microscopic analysis of your dog’s blood. PCR testing can also be used to identify infection and distinguish between H. americanum and H. canis.

The treatment of hepatozoonosis depends upon the species that is causing the infection.

H. americanum can be managed but not cured. Many dogs may achieve long-term remission with appropriate treatment. Dogs are typically treated with three different medications until their clinical signs have resolved: trimethoprim-sulfa (Bactrim®), clindamycin (Antirobe®, Cleocin®, ClinDrops®, Clintabs®), and pyrimethamine (Daraprim®). Once clinical signs resolve, dogs receive long-term treatment with the drug decoquinate (Deccox®). This medication is continued for at least two years, though longer treatment may be required depending on clinical signs and laboratory test results. Signs may recur after stopping the medication, in which case treatment is repeated.

H. canis generally is not cured but is relatively easy to treat. It can typically be managed with one to four injections of the drug imidocarb. Oral doxycycline (antibiotic) may be combined with imidocarb (Imizol®) injections. Resolution of symptoms can be achieved using this protocol and treated dogs are expected to have a good quality of life with the chance of relapse low.

"Regardless of the species causing hepatozoonosis, dogs may also require supportive care..."

Regardless of the species causing hepatozoonosis, dogs may also require supportive care, including anti-inflammatory medications to control pain or fever and intravenous fluids if not eating or drinking well. Medications may also be required for the treatment of other tick-borne infections. Dogs with hepatozoonosis must be started on regular tick prevention to prevent reinfection.

Can anything be done to prevent hepatozoonosis?

The most effective method of preventing hepatozoonosis is to prevent tick exposure. Ensure that your dog is protected with an effective, veterinarian-recommended tick preventive. Since hepatozoonosis can also be acquired through the ingestion of prey species, limiting your dog’s hunting and scavenging will further decrease the risk of infection.

Can I get hepatozoonosis from my dog?

Hepatozoon does not infect humans.

© Copyright 2022 LifeLearn Inc. Used and/or modified with permission under license.